Welcome to Day 202 of our Life Journal! 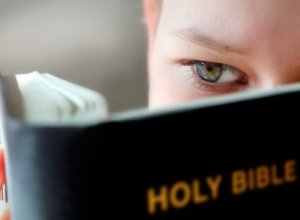 2 Kings 18:32b, “Do not listen to Hezekiah, for he is misleading you when he says, ‘The Lord will deliver us.’ 33 Has the god of any nation ever delivered his land from the hand of the king of Assyria?”

2 Kings 19:17, “It is true, Lord, that the Assyrian kings have laid waste these nations and their lands. 18 They have thrown their gods into the fire and destroyed them, for they were not gods but only wood and stone, fashioned by human hands. 19 Now, Lord our God, deliver us from his hand, so that all the kingdoms of the earth may know that you alone, Lord, are God.”

35 “That night the angel of the Lord went out and put to death a hundred and eighty-five thousand in the Assyrian camp. When the people got up the next morning—there were all the dead bodies! 36 So Sennacherib king of Assyria broke camp and withdrew.”

James 5:16, “Therefore confess your sins to each other and pray for each other so that you may be healed. The prayer of a righteous person is powerful and effective.”

You gotta love how God just wiped out the Assyrian army (185,000 dead!). Mocking God in arrogance is never a good idea.

It sure seems that all throughout the Old Testament that those kings who trusted in the Lord had great victory. Those who didn’t, not so much.

But this is such a dramatic turn of events! They literally went to bed, and never work up. The angel of the Lord literally killed them as they slept. Not one sword was drawn!

Makes me think of, “If God is for us, than who can be against us?”

Proverbs 3 drives this point home, “Trust in the Lord with all your heart and lean not on your own understanding; 6 in all your ways submit to him, and he will make your paths straight.”

Israel (and Judah) were used to fighting wars. Sometimes we have to fight to win. Sometimes the Lord simply scatters and confuses our enemy. Other times, he just fights the battle all on his own…

… especially when a king makes and arrogant statement like this, “Do not listen to Hezekiah, for he is misleading you when he says, ‘The Lord will deliver us.’ 33 Has the god of any nation ever delivered his land from the hand of the king of Assyria?” 2 Kings 18:32b-33

How often do people around us echo sentiments like that? Doubting God, his ability, his provision, his goodness, his faithfulness?

Yes, we get laid off, sick, discouraged… But we need to trust God through those times, not turn away from him.

I will not soon forget this passage of God giving Hezekiah a huge victory without his ever having to lift a finger!

Lord, I’m willing to fight for you, but I look forward to a huge victory that you do all on your own to give glory to your name! I think I’ll just go to bed now so you can fight while I sleep!