Welcome to Day 137 of our Life Journal! 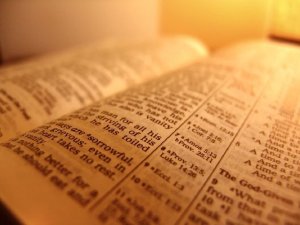 1 Kings 2, “As you know,” he said, “the kingdom was mine. All Israel looked to me as their king. But things changed, and the kingdom has gone to my brother; for it has come to him from the Lord. 16 Now I have one request to make of you. Do not refuse me.” “You may make it,” she said. 17 So he continued, “Please ask King Solomon—he will not refuse you—to give me Abishag the Shunammite as my wife.”

1 Chronicles 29:9, “The people rejoiced at the willing response of their leaders, for they had given freely and wholeheartedly to the Lord. David the king also rejoiced greatly.”

2 Thessalonians 1:3, “We ought always to thank God for you, brothers and sisters, and rightly so, because your faith is growing more and more, and the love all of you have for one another is increasing.”

Adonijah’s presumption continues… The audacity to ask his mom to ask Solomon, the newly appointed king, if he could take as his wife, the virgin who had attended his recently deceased father, King David.

Adonijah seemed to actually believe that he had been the king, albeit self-appointed. “”As you know,” he said, “the kingdom was mine. All Israel looked to me as their king.”

Not even close to being true… But he must have actually believed it! He felt like he should have been the king!

His plan and his presumption cost him his life.

And David’s final words? “Bring his gray head down to the grave in blood.” (In reference to Shimei son of Gera, the Benjamite from Bahurim, who called down bitter curses on him earlier…)

I’d prefer a scenario more like this one, “Jacob, when he was dying, blessed each of Joseph’s sons, and worshiped as he leaned on the top of his staff.” Hebrews 11:21.

How often do we not actually deal with a situation with another person?

I wonder what may have happened if Adonijah had, in humility, gone to Solomon, asked for forgiveness, submitted to his leadership… I wonder if Solomon would have let him live… Maybe even at some point he would have granted his request for David’s attendant?

Imagine if, at the end of your life, you could settle the score the way David did?

Lord, may I always keep short accounts with others… that I would release others for any offense, in light of your forgiveness toward me. That my final words would be words of blessing, not bitterness.