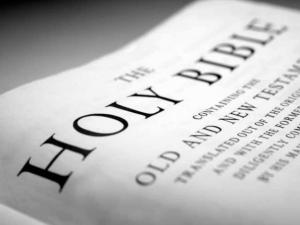 1 Samuel 28, Saul consulted a medium (after he had driven all of them out from Israel…) to inquire of Samuel…

v 13 “The king said to her, “Don’t be afraid. What do you see?” The woman said, “I see a ghostly figure coming up out of the earth.” 14 “What does he look like?” he asked. “An old man wearing a robe is coming up,” she said. Then Saul knew it was Samuel, and he bowed down and prostrated himself with his face to the ground. 15 Samuel said to Saul, “Why have you disturbed me by bringing me up?””

1 Samuel 29, David offers to fight with the Philistines, but finds himself again, rejected. The Philistine army doesn’t trust him, even though he has earned King Achish’s trust, the other leaders don’t want anything to do with him…

v 4 “But the Philistine commanders were angry with Achish and said, “Send the man back, that he may return to the place you assigned him. He must not go with us into battle, or he will turn against us during the fighting. How better could he regain his master’s favor than by taking the heads of our own men? 5 Isn’t this the David they sang about in their dances: “‘Saul has slain his thousands, and David his tens of thousands’?””

Psalm 109, David is yet again being persecuted…

“My God, whom I praise, do not remain silent, 2 for people who are wicked and deceitful have opened their mouths against me; they have spoken against me with lying tongues. 3 With words of hatred they surround me; they attack me without cause. 4 In return for my friendship they accuse me, but I am a man of prayer. 5 They repay me evil for good, and hatred for my friendship.”

Matthew 11, John the Baptist is imprisoned… Jesus refers to the miracles he has done in various cities and makes an incredible statement, v 23 “For if the miracles that were performed in you had been performed in Sodom, it would have remained to this day. 24 But I tell you that it will be more bearable for Sodom on the day of judgment than for you.””

Wow, today is LOADED with content. Not going to focus on David today… But two things require mentioning.

1. Was that really the spirit of Samuel?

There is great disagreement about this, because God strictly forbids this type of activity. (Leviticus 19:31,

“Do not turn to mediums or seek out spiritists, for you will be defiled by them.

I am the LORD your God.”) While many believe this is a demonic spirit, other’s believe this could actually be the spirit of Samuel.

Some say it’s not possible for this to be Samuel, but Jesus spoke with Elijah and Moses, right? (although they weren’t “conjured up.” They simply appeared to Jesus, Peter, James and John.) So it is possible that it was Samuel.

If it was a demonic spirit impersonating Samuel, then why did the medium get so freaked out? Either she had never really had this happen before, or she knew it was a genuine appearing? Possibly she knew is was demonic and that freaked her out?

Again, many would land on it was a demonic spirit, but I think one has to be open to the possibility that this could have been the spirit of Samuel… It’s not likely, but it could be possible. Sitting here today, we can’t be 100% sure either way…

And, either way, the spirit gave accurate information to Saul as to what God had spoken to him and what was going to happen.

In the end, it doesn’t really matter if it was or was not, it was wrong to attempt it. For us today, that is the timeless principle that we need to land on. Dabbling in this type of activity, including daily horoscopes (which many people think is harmless) is not wise (defiling), at best… and sinful, at worst.

2. And what about Sodom on the day of judgment?

Just worth noting that Jesus KNEW that if he had performed these miracles in SODOM, they would have repented… What do you make of that?? That their city was destroyed by fire and brimstone and yet on the day of judgment it will be better for them than these other cities… Because these other cities had seen the genuine, they are now without excuse. That’s a pretty powerful statement Jesus made.

Dabbling in the occult is dangerous… I had a friend, “George” in college who was into parapsychology and the occult, taking some classes at the local community college in Pittsburgh. He invited me to a home group one time…

I was probably 19 at the time? They had candles and chanted (and “prayed” for protection)… they asked me to lie down on the floor, one person at my head, one person at my feet. They all gathered around me and began to chant… with only TWO FINGERS EACH, the persons at my head and feet, lifted me to the ceiling!

That was it, I was out of there. I knew better… but I dabbled… Not smart.

And yes, while checking your daily horoscope may seem harmless enough, it still goes against scripture and defiles you. It opens you up to other influences, other than the LORD.

Each of us is responsible for what we know. Sodom had a different amount of knowledge and experience as Chorazin, Bethsaida and Capernaum. Sodom may be better off on the day of judgment!

And in a weird twist… the Pharisees, Sadducees and teachers of the Law accused Jesus of casting out demons by Satan! (That’s where we get “a house divided against itself cannot stand” that Abe Lincoln quoted from Mark 3 and/or Luke 11.)

Such is life. Jesus did the genuine and was accused of doing it by the power of Satan…

Bottom line, Satan is real. He has (some limited) power…

James 4:7 states, “Submit yourselves, then, to God. Resist the devil, and he will flee from you.”

Lord, I thank you that we are not unaware of the devil’s schemes… We know that he comes as an angel of light, and that he’s a roaring lion, seeking those to devour. Watch over us… and give me wisdom and discernment!