Welcome to Day 113 of our Life Journal!

1 Samuel 27, David settles in the land of Achish… Remember him? He’s the king of Nob… that David acted insane in front of in 1 Samuel 21! What an odd turn of events. David probably knew that Achish didn’t see him as a threat. He stayed in that place 16 months… among the Philistines! Strange… strategy?

v 12 “Achish trusted David and said to himself, “He has become so obnoxious to his people, the Israelites, that he will be my servant for life.”

1 Chronicles 9, This chapter contains a selective summary of Israelites who made up the early community of those returning from exile in Babylon. (Reformation Study Bible) This is odd timing to me, since the captivity hasn’t happened yet… (Not for maybe a hundred years or so, if my math is good.)

Matthew 10, Jesus sends out the twelve… 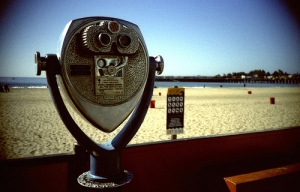 Noted in Matthew 10 the list of dos and do nots that he gave to the disciples… In short, Do: Heal the sick, proclaim this message, freely give. Do not: Go to the Gentiles or Samaritans, take gold or silver or a bag for the journey, do not worry.

I’m still curious as to why David went into hiding from Saul. I mean, I get that he knew Saul was out to kill him, yet he, twice, put himself at risk by going into the cave and into the camp where Saul was…

Perhaps since David had killed Goliath, he simply had the upper hand and was not the slightest bit afraid of Saul when it came down to it? idk

Makes me wonder what I hide from in my life…. What am I afraid of? Who do I run from?

When Jesus sent out the twelve, he sent them out with nothing. The closest I have come to experiencing that was when my brother-in-law, Dave, and I went to Rwanda in 2004. I had a plane ticket and rough itinerary. We had NO idea where we were staying… or even who was going to meet us at the airport! What the food would be like, etc, etc, etc. A three-week adventure that pushed every emotional, physical and spiritual button in my body.

Keep in mind, Paul used to be the scary guy… going from city to city persecuting the Believers… having the power to have them killed at his word. (Remember the stoning of Stephen in Acts 7 & 8?)

On another trip to Mozambique, our team was harassed by marauders out in the bush. Doug and I had already left for home (USA) but the rest of the team stayed behind and while traveling out in the middle of nowhere, were accosted by men (with guns?) . Nothing serious happened, but pretty scary, nonetheless… (I am confirming the accuracy of this paragraph to ensure I’m not making it up in my own head, or that the details are not exaggerated.) 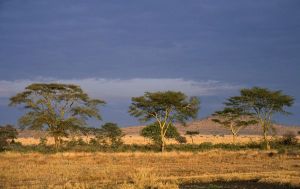 Give me the strength and courage to carry out all that you have called me to.

Psalm 141, “Set a guard over my mouth, LORD; keep watch over the door of my lips. 4 Do not let my heart be drawn to what is evil so that I take part in wicked deeds…”